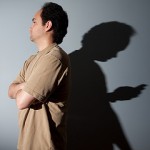 I once made a big upsell while I was training one of my sales reps. The rep had been with us for a few months, but I would still accompany him on appointments every now and then, because he was struggling to hit his targets. Why was he struggling? Because he didn’t understand the importance of indifference!

People love to buy but they hate being sold to. It’s just one of those universal truths that apply to every prospect you’ll ever meet. People like to be able to make up their own minds in their own time and they hate being told what to do.

The problem with my sales rep was that he was being far too pushy. He was leaving the prospect no choice; he was telling them what to do. Being pushy had the complete opposite effect for him. He left them no choice, but he forgot that people always have a choice, because they can always refuse to buy, and this is exactly what they were doing. Many of his appointments turned into arguments, which sometimes even resulted in complaints.

Another problem he faced was one that many sales reps face under the pressure of targets. He didn’t understand what he was doing wrong and because he kept falling further and further behind on his targets he kept getting pushier and pushier because he needed to make a sale so desperately.

When I went out with him on his appointment I learned that is wasn’t just him being pushy that lost him the sale, it was him being so desperate for it! I could sense it and the client could too.

“The moment your client feels that you need the sale more than he does its over!”

The trust that you may have managed to build up to that point will be gone completely. The only thing that may save you is a “pity” sale, where the client buys from you out of pity, but this rarely happens in business to business and is definitely not something to count on.

The lesson: indifference in sales works

In order to prevent all this from happening we have to be indifferent. How do we do this? Shrugging our shoulders helps. Changing the subject of the sale to something else, like last weekend’s match may do the job. But the easiest and most direct way of using indifference is using these five magic little words:

Let your prospect feel like he’s in charge and show him you don’t care either way.

When I showed my sales rep how to use indifference, it didn’t take long for him to pick it up. He managed to break out of the vicious circle he got caught up in and became one of the high rollers of our office of 30 reps. Now ask yourself: are you indifferent enough?