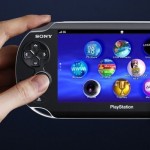 Sony’s new hand held gaming console, the PlayStation Vita, was originally planned to be released in Europe and the US before Christmas this year. Christmas is a great time to release new consoles because sales will always be high (people always want the newest and the latest releases and Christmas is a perfect opportunity to ask for something new). So why would Sony choose to miss the boat on this? And more importantly: what is the lesson for us?

The gaming industry break down

The gaming industry is one massive market worth $ 74 billion dollars globally. However, only a third of this roughly is spent on gaming hardware (consoles and add-ons such as controllers).  Roughly ten per cent is spent on online gaming and the rest, which is more than half, is spent on games.

The money is also made on the games. Some of the consoles, like the PS3, are even sold at a loss, because Sony knows they will make their money back on the games.

Why the PlayStation Vita is delayed

The PlayStation Vita does not yet have a lot of working titles. There aren’t a whole lot of games ready for release by Christmas. So if Sony would release the console before Christmas, they wouldn’t be able to capitalise on the games straight away. In fact, because of the high costs to promote the console (which is already likely to have a low profit margin, if any) they might even make a loss on it in the short term.

That is why, for Sony, it is better to delay. They have to ensure that there are enough games and add-ons ready to make money on. They have to be able to offer the package.

In many industries, the money isn’t always on the main product. The money is on the add-ons and the renewables. When someone is buying a new TV, you know he is going to need a new set of cables and he might want a surround set. If someone buys a new website, he will need hosting for it and if you buy a new car, you might as well get the in-built satnav and the air-conditioning.

Your sale is not over when you’ve sold your main product; that’s often just the beginning! A true salesman doesn’t sell someone a single product; he sells him the full package with all the add-ons and renewables his customer may need.

A good business man ensures that he has add-ons and renewables to sell. Think carefully about your product; is there anything they need to make use of your product that you’re not selling? If so, make sure you can offer it and start selling, because the money is in the add-ons!