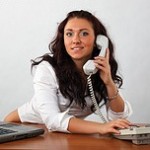 There is no fool-proof way to overturn any objection, but there is a system that comes close. “Feel, Felt, Found” is a great way to overturn an objection without telling the prospect he is wrong. It’s easy to remember, apply and incorporate into your sales pitch and it works like a charm. I’ve been teaching and applying this powerful little sales technique for years with success and I’m now sharing it with you…

The system has three easy steps and can be used to overturn any objection related to price, quality or service. It doesn’t help with the actual information you need to provide, but it helps you to avoid getting into an argument. If you simply tell your prospect that he’s wrong  he’ll just defend himself and become even more convinced of his position. Your attempt to overturn his objection will have the opposite effect! “Feel, Felt, Found” prevents this from happening. Here’s how it works:

Feel stands for showing empathy. Show your prospect that you understand where he’s coming from with his objection. The easiest way to do this is by simply saying it just like that. “I understand where you are coming from.” Or, “Sir, I completely understand how you feel.” You can then add to this by repeating the objection or rephrasing it in your own words.

Instead of telling your prospect straight that they are dead wrong, you tell him that someone else felt the same way and that that person was wrong. No one likes to be told they’re wrong so don’t do it! Instead, simply give an example of someone else who was wrong for thinking the same thing. Simply say “one of my customers felt exactly the same way.” Or, if you want to go all out, say you felt the same way yourself. After all, your prospect can’t possibly think you’re calling him an idiot for disagreeing with you if you tell him you yourself used to feel the same way?

Here’s a Feel, Felt, Found example of overturning someone who makes an objection against the price: “I understand how you feel; this product may seem a little pricy at first. One of my loyal customers felt exactly the same way before he bought, but what he found was that this product is of much higher quality and that it works out much cheaper in the long run.”

After applying Feel, Felt, Found successfully, you should close the deal immediately. Don’t hesitate, ask for the order or simply assume it and you’ll get it if the information you gave him is right.

Of course ‘Feel, Felt, Found’ only works if you give the right information. But with this powerful tool you can avoid an argument because you’re not telling the prospect he is wrong. Learn it, practice it, apply it and start selling more!